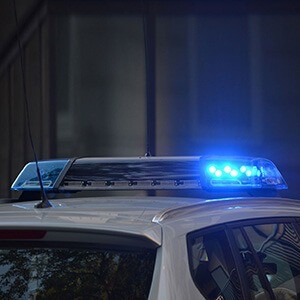 I often get questions from folks I meet about crime trends and statistics in Georgia. People want to know not only whether crime rates are going up or down, but also what the most common serious crimes being committed are.

Well, just as in all other states, felonies are the most serious crimes in Georgia and, as such, are accompanied by the strictest consequences. Let’s look at the five most common felony arrests in Georgia related to crimes against other people or property.

According to statistics from the Georgia Bureau of Investigations (GBI), the five most common felony arrests in Georgia in 2016 were:

A short definition of each of these crimes and the penalties that accompany them include the following:

Larceny is defined as theft of personal property. Crimes that may fall under this umbrella include:

Larceny penalties include fines determined by the extent of the crime, as well as the potential for one-10 years in prison.

In Georgia, burglary is broken down into three categories, which are:

The penalties for violating Georgia’s motor vehicle theft laws vary depending on the offense and the individual factors of the incident. Fines range from $1,000 to $100,000. There is also a risk of up to 20 years in prison if convicted.

Georgia assault laws cover both “assault” and “battery,” which may be considered “simple” or “aggravated.” Aggravated assault or battery cases are felonies and are classified as:

The penalties for aggravated assault include fines, restitution, and up to 20 years in prison.

Maliciously and intentionally causing serious bodily. Examples include injuries resulting in disfigurement, loss of a limb, or permanent disability

The penalties for aggravated battery include fines, restitution, and a minimum of one-20 years in prison.

Georgia law defines robbery as taking money or property from someone else against their will via force, violence, threats, or intimidation. The charges and penalties related to robbery will depend on factors such as presence of a weapon, bodily injury, etc. The penalties may include one-20 years in prison or life in prison for armed robbery.

If you or someone you love has either been the victim of a crime or accused of committing one, please contact Giannini Law Office. We can help you through this difficult time.