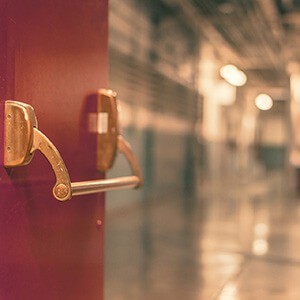 A lot of people don’t realize that a dangerous heroin epidemic is sweeping across Metro Atlanta. In the past six years, the number of heroin-related deaths has increased by 3,844 percent across a cluster of Atlanta’s most wealthy suburbs, including Cobb, DeKalb, Fulton, and Gwinnett counties. This cluster of Metro Atlanta counties has since been dubbed “The Triangle.”

According to news sources, “The Triangle” has the most significant increase in the number of heroin-related deaths across the state – numbers that are record breaking. In 2016, WXIA (11 Alive) news station began an investigation called “Inside The Triangle” aimed at uncovering what’s really going on in these Atlanta suburbs. The results are startling.

Not What You Expect in Wealthy Suburban Atlanta

Investigative journalists were unsuccessful in getting officials to talk about the heroin epidemic, so they turned their attention to schools. But Metro Atlanta schools didn’t have stable information and data specific to heroin. There was one group, however, who offered some of the most convincing and heart-wrenching, information – the loved ones of those who have died as a result of heroin use.

The ongoing investigation also found that in wealthy Atlanta suburbs, obtaining heroin is unusually easy. Dealers deal via text message, sometimes never meeting their buyers in person. They are given an address, and the exchange of money for drugs is as easy as leaving money under a doormat. There are no suspicious meetings in dark alleys. It’s happening right at our doors.

Even dealers interviewed by the media report younger buyers than ever before. One reported that he has warned teenage buyers about the dangers of using. Current users were also interviewed and referred to reports of people overdosing on especially strong or “new” varieties of heroin, causing a surge in buyers wanting that particular variety.

In an effort to fight back against the deadly toll the heroin epidemic is taking on Metro Atlanta, law enforcement is increasingly mobilized. Investigations like “Operation Breaking Bad” in March had the Gwinnett County Police Department working with the ATF to take down at least 19 people suspected of drug and gang-related involvement. The names of 19 people arrested were publicized in April and included a variety of charges ranging from drug offenses to murder. In addition to the arrests, law enforcement seized over 1,400 grams of methamphetamine, 60 grams of heroin, and a variety of firearms.

Operation Breaking Bad was a victory for Gwinnett County, but the fact remains that heroin use is a dangerous, steadily growing concern for Metro Atlanta. Since the “Inside The Triangle” investigation started, officials have started stepping up and speaking out about the heroin epidemic. Let’s just hope it’s not too late to put a stop to the spread of heroin that is damaging and killing the future of Metro Atlanta.